In the weeks following the above-the-fold headlines on the Elizabeth ” Black Dahlia” Short murder all six LA newspapers were in competition to see you could out-scoop the other and come up with new information.

On February 1, 1947, the Los Angeles Herald-Express led with the startling announcement that Hollywood’s top crime screenwriter, Ben Hecht, claimed he KNEW THE NAME of the killer! Just two days later,  a second top screenwriter, Steve Fisher, in a separate article in the Herald Express, also claimed he too (as well as the police)  knew the name of the sadistic murderer and went on to say, “when the killer’s name is published a lot of people who know him and who do not now suspect he has anything to do with the case, are going to be surprised and terrified….The man will have to flee….he will never get out of the city.” Ben Hecht and Steve Fisher two of Hollywood’s top crime screenwriters both within a few days of each other claiming to know the name and identity of her killer?  How strange!

Well, maybe not so strange.  Where have we heard the name Ben Hecht before?

Oh yes, young George Hodel wrote a lengthy book review of Ben Hecht’s bizarre 1925 novel, Fantazius Mallare and the Kingdom of Evil, and printed it in the debut edition of his elitist magazine, FANTASIA, which the young Hodel, Editor-in-Chief informs us was published ” to the portrayal of bizarre beauty  in the arts, to the delineation of the stranger harmonies and the rarer fragrances, do we dedicate this our magazine.” I believe I know who and how both screenwriters came to learn the identity of Elizabeth Short’s killer.

I am confident their source came from a third well-known Hollywood film director and screenwriter. His name?  ROWLAND BROWN. 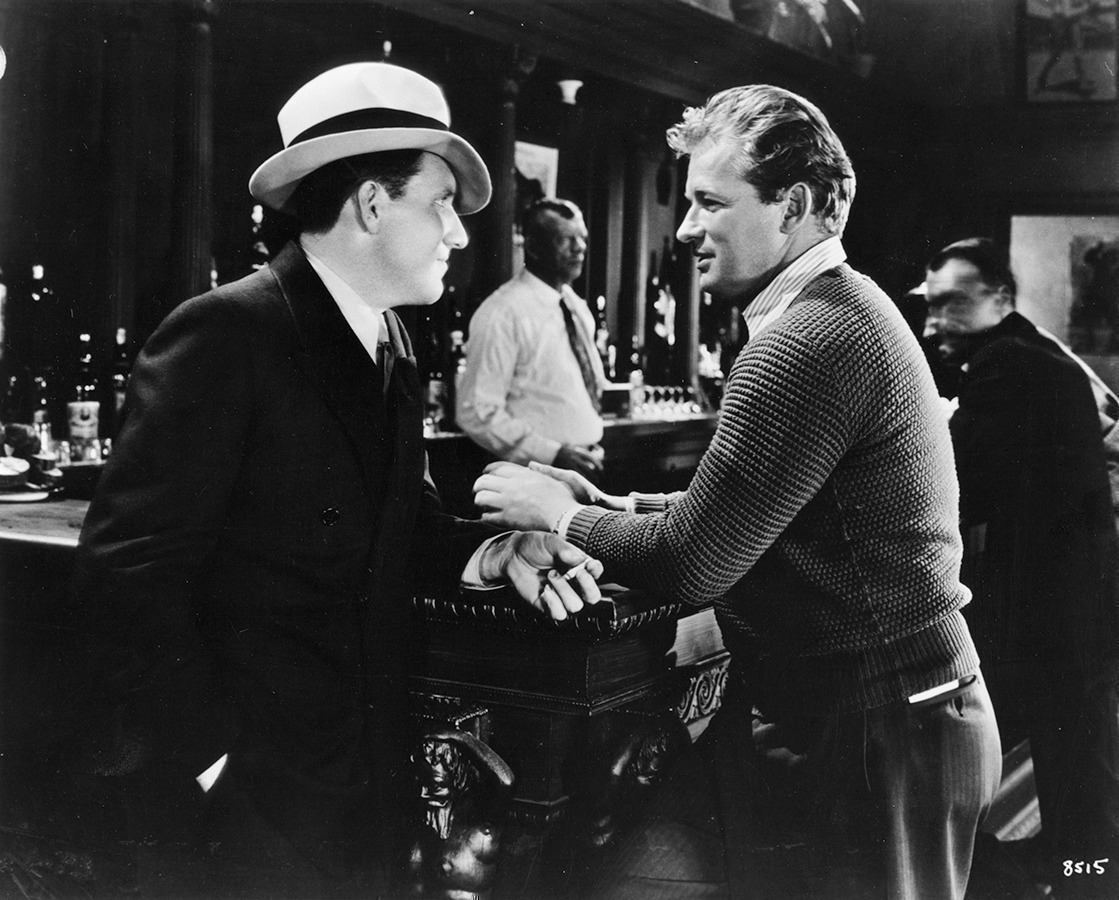 Rowland Brown (1900-1963) though mostly unknown today, in the 1930s, was a true rebel, and quite well known to the public. In the 20s he had been a Chicago sportswriter, and like his good friend, Ben Hecht, had come west to check out the birth of Hollywood and filmmaking. Like most of the “Front Page” pioneers, he was a hard-drinking, pugnacious, iconoclast. Brown loved women, gangsters, (credited with discovering George Raft), and fast horses. He would fight to the death for “the little guy” which was oftentimes the theme in his films. Brown’s filmography included such greats as Quick Million (1931)), States Attorney (1932), Oscar-nominated, What Price Hollywood (1932, co-written with Gene Fowler), Blood Money (1933) and Angels with Dirty Faces (1938, co-written with Ben Hecht.)

Rowland Brown and my mother’s former husband, film director John Huston were regular attendees at my parent’s Hollywood parties, at their Sowden/Franklin House during the mid-to-late 1940s, and in the spring of 1950, the DA Hodel-Black Dahlia Surveillance Tapes would capture my mother in conversation with Rowland Brown, just prior to Father fleeing the country.

Dorothy Huston Hodel and Rowland Brown were lovers and had a twenty-year, ongoing romance from the mid-1930s into the mid-1950s. I have no doubt that Dorothy both knew that her husband killed Elizabeth Short and equally shared that information with her lover, Rowland Brown.

I am also confident that Rowland, after the 1947 sadistic murder, shared the identity of her killer with his inner circle of friends, Ben Hecht, Steve Fisher, and Gene Fowler.

Recall what George and Dorothy Hodel’s sometime sexual partner, (and DA 1950 Black Dahlia witness) pretty Mady Comfort had said to her boyfriend once my book, Black Dahlia Avenger was published in 2003.  “Oh, back then we (all his friends) knew he did it.” For those wishing additional linkage see below blog from 2016.